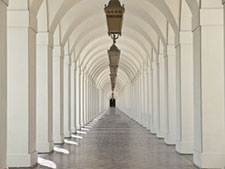 A class of workers may be impacted by the same unlawful employment practice such as failing to provide meal periods or rest breaks, failing to pay all wages or overtime, making unlawful deductions from wages, or failing to reimburse employees for business-related expenses that they incur. An employee, or a small group of employees, can prosecute a class action in these situations to recover damages and monetary penalties on behalf of all workers that have been impacted. Successful litigants who bring the action may be given a court-awarded monetary enhancement for their efforts on behalf of other class members.

Donald Potter has been approved as Class Counsel by multiple California courts and his law office has successfully prosecuting a variety of wage-and-hour class actions including the following matters:

We're not around right now. But you can send us an email and we'll get back to you, asap.